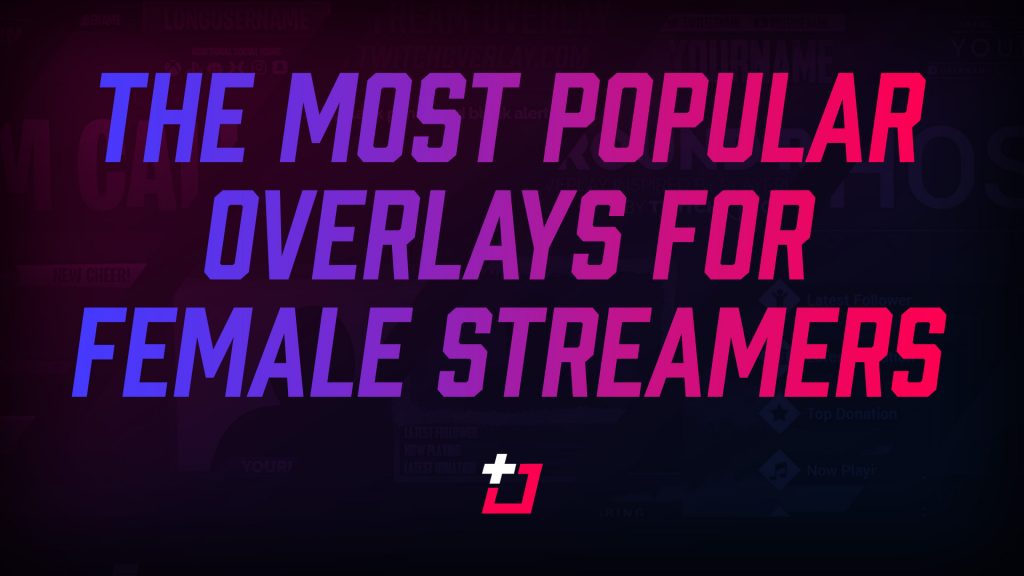 Here’s a curated look at the most popular gamer girl overlay & alerts here at Twitch Overlay, charting the top 5 most popular downloads among female streamers. Use these with Streamlabs OBS, Stream Elements, and OBS Studio on your favourite platform, be it Twitch, YouTube, or Facebook Gaming.

Kyut is a cute twitch overlay package featuring pastel colors and subtle animations. It’s themed around the spring season (hence the bunnies) and uses nature as a backdrop, including blue skies and sakura blossom.

This overlay, like a few on this list, was created as an antidote to the eSports-centric hard edges and bold colors that are more prevalent in stream overlay design. As such, it’s been a popular game girl overlay for those seeking something a bit more subdued. 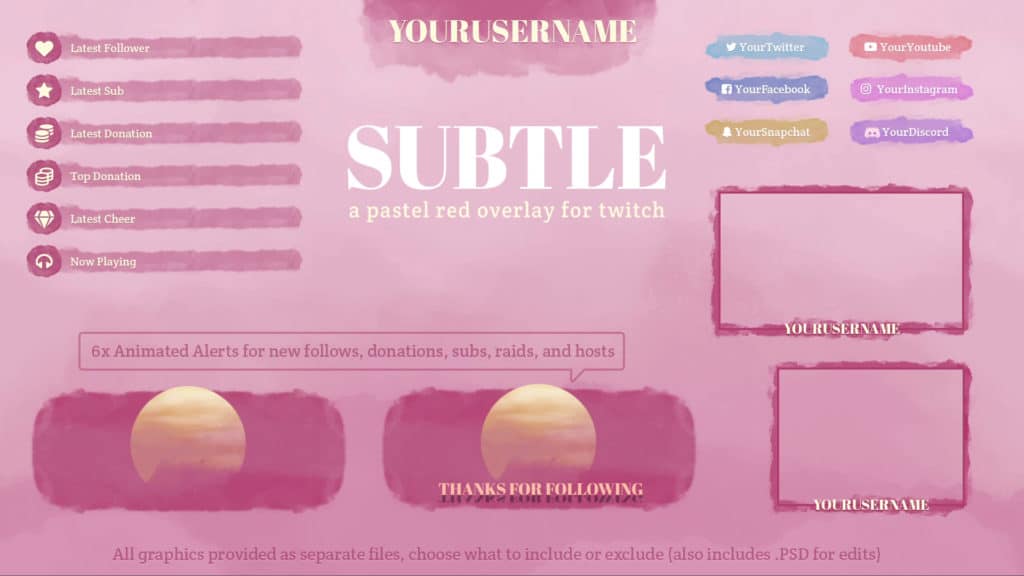 Changer is a modern stream package with pure energy. It’s titled modern for its on trend bold coloring and shapes, all brought to life in flowing and wavy animations.

Soda Pop is kinda like Changer at a lower volume. It’s more structured, and features slightly turned down colors with a pop art style. Still vibrant, just not as frenetic. 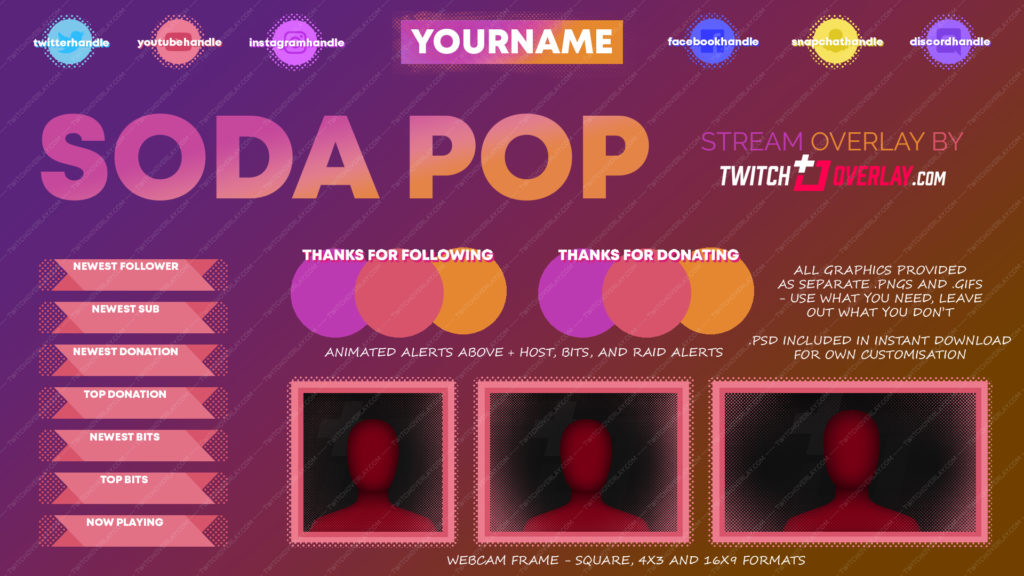 Take a look at the Soda Pop Twitch Overlay: https://twitchoverlay.com/downloads/soda-pop-colourful-twitch-overlay/

Not all female streamers are looking for cute pinks and pastels, and that’s no more exemplified than how popular Gothicon has been with women visiting Twitch Overlay. This dark, moody, gothic stream package combines grungy strokes with elegant lettering.

Sticking with the alternatives to pinks and pastels, chroma (RGB) coloring is universally loved, with just as many female streamers as anyone else coming through and downloading this animated stream package, making it one of the most popular on the site.

Okay, back to the pinks! Here’s a handful of pink twitch overlays that have proven popular with female streamers visiting Twitch Overlay: 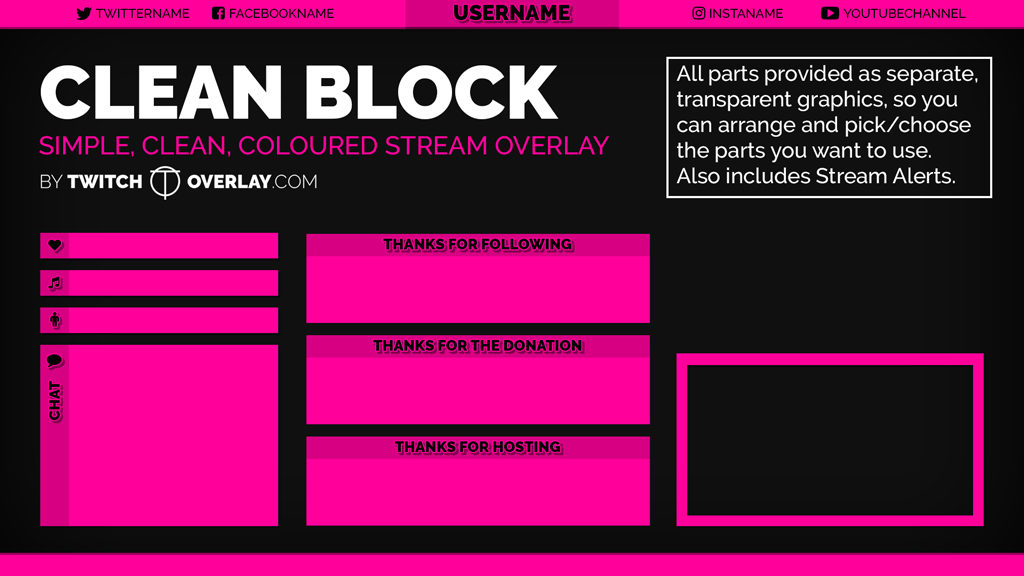 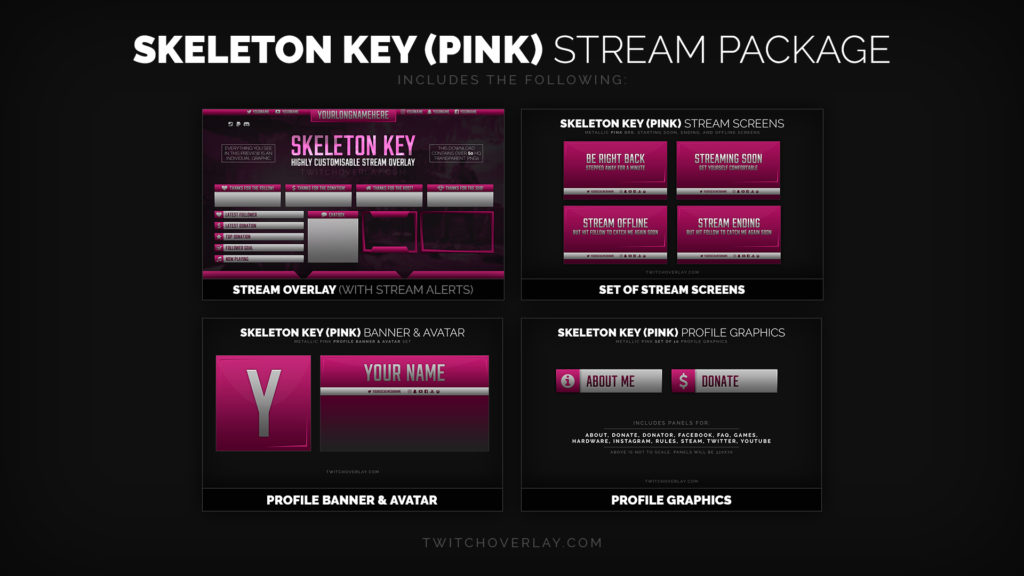 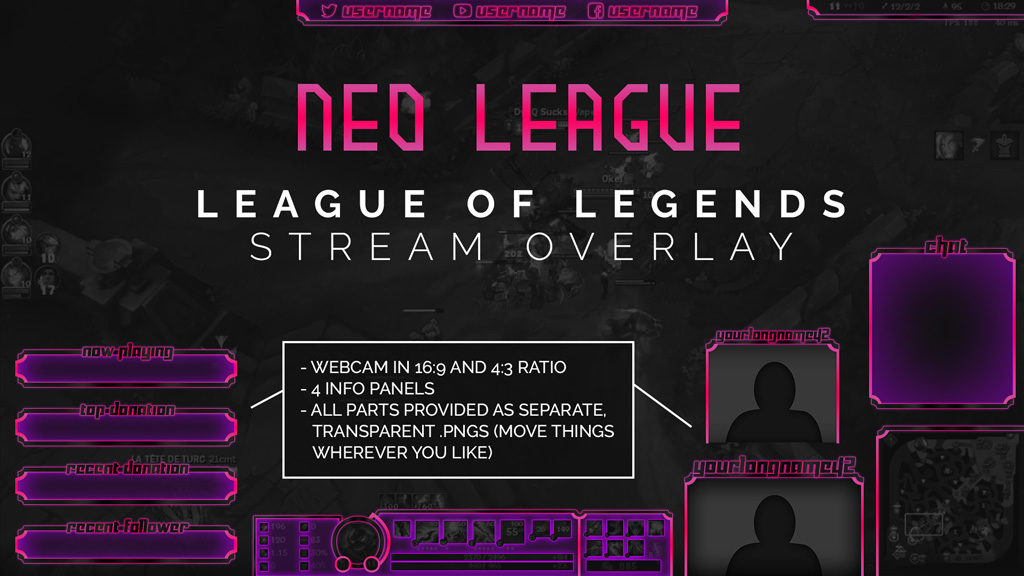 This has been a broadstrokes look at the gamer girl overlay & alerts on offer here at Twitch Overlay. Obviously we’re all human beings, and you may be looking for something totally different! Well, you’re in the right place. With over 150 stream overlays, packages, and alerts on offer you’re bound to find something. Take a look at the Premium Downloads section for some inspiration.