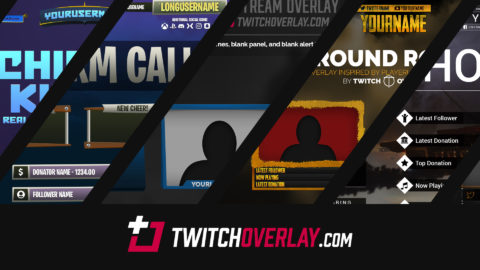 We’ve been in the business of free twitch overlays, stream alerts, screens, profile panels since 2014. Over the years of actively creating stream overlays we’ve built up a library of […] 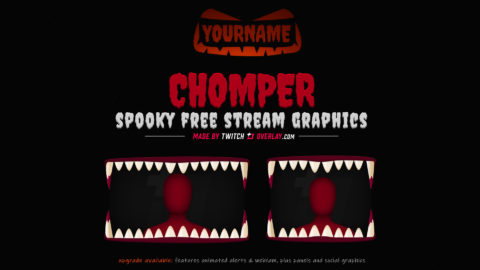 It’s the most wonderful time of the year (that song was about Halloween, right?) and in the spirit of the season we’ve added Chomper, our set of Halloween stream graphics, […] 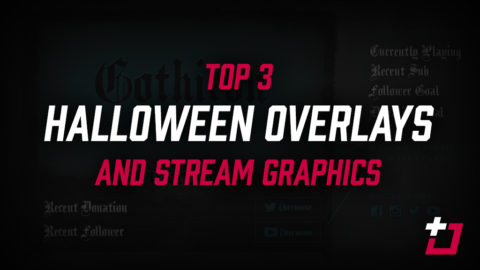 Halloween is one of the best periods of the year to be a streamer, and there’s no better way to get your stream in the mood than with one of […] 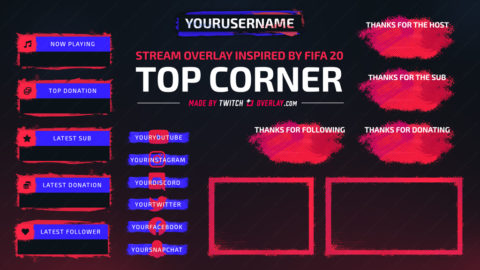 Our FIFA 20 stream overlay has been added to the site, for use with OBS, xSplit, and other streaming software on platforms like Twitch, Facebook, YouTube, etc. This one’s called […] 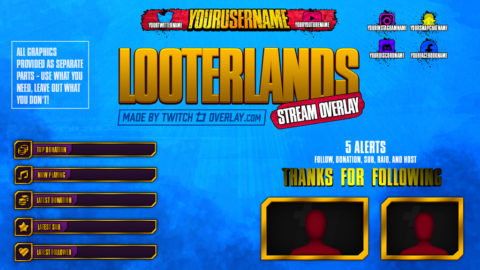 We’ve added a Borderlands 3 stream overlay to the site, for use with OBS, xSplit, and other streaming software on platforms like Twitch, Facebook, YouTube, etc. The stream overlay is […] 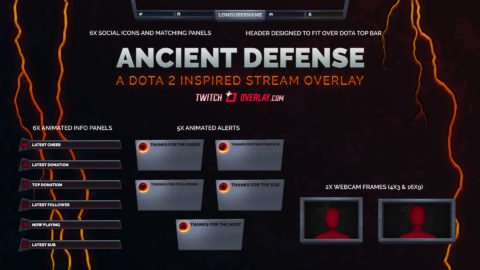 We’ve finally added a Dota 2 stream overlay to our inventory! In the midst of the The International 2019 we realised we didn’t actually have a dedicated overlay for one […] 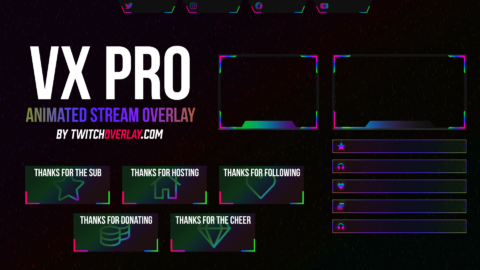 VX Pro Chroma, our new animated chroma stream overlay and member of the VX Pro family of designs, has now been added to the site. This design features everything you […] 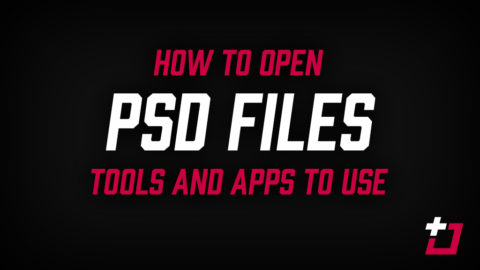 They’re the backbone of Twitch Overlay, but perhaps you don’t know how to open PSD files. Hell, there’s a good chance you don’t even know what one is! Perhaps we […] 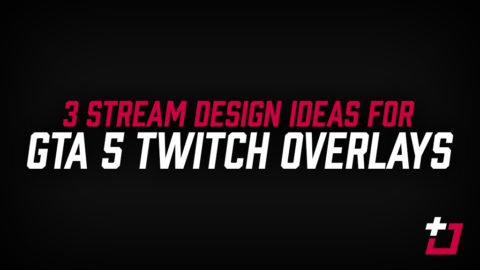 3 stream designs to use as GTA 5 twitch overlays

If you’re looking for something to dress up those Grand Theft Auto streams, we’ve curated a group of 3 stream designs to use as GTA 5 twitch overlays which should […] 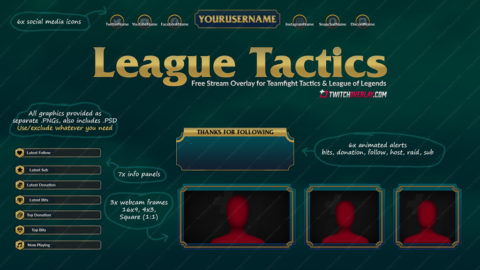 Now on the site is League Tactics, a Teamfight Tactics stream overlay – this design comes in 2 versions, one free providing the basic elements you might be looking for, […] 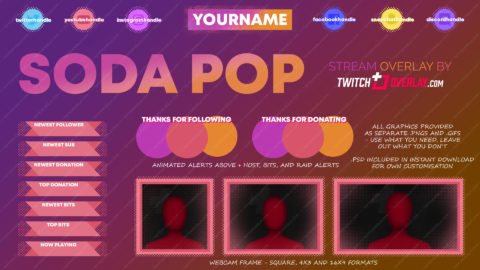 This week we’ve added Soda Pop to the site, a colourful stream overlay featuring a mixture of summery colours merging between purples, pinks and salmon orange. It features a great […]

Celebrate and support LGBTQ+ with this new gay pride overlay

It’s gay pride month, and here at TwitchOverlay.com I’m showing my support by releasing this totally free, totally dope gay pride overlay. By the way, this is Lou speaking, I […]