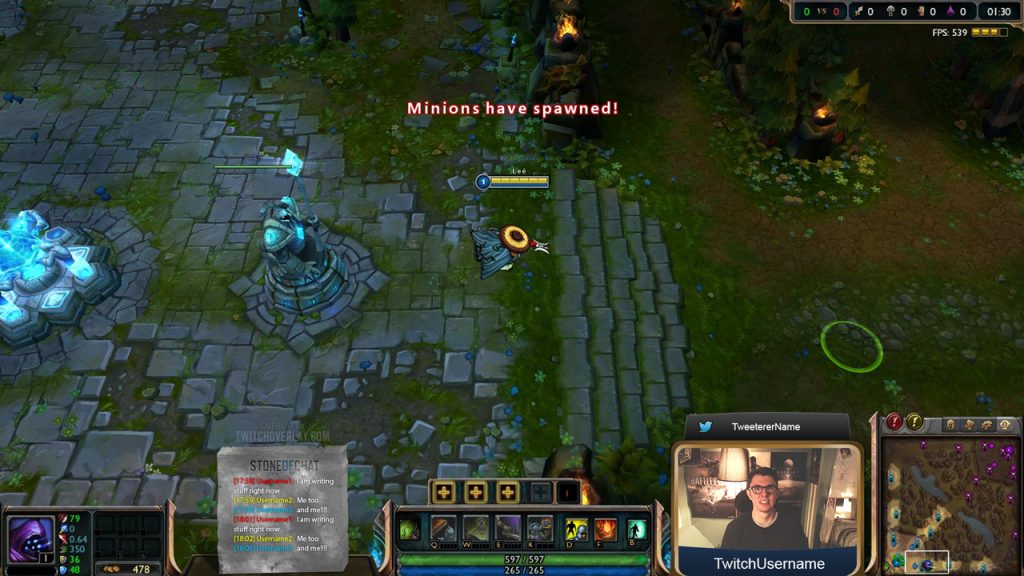 As you may or may not know, I recently ran a community poll to see what you guys wanted from the next free T-O overlay, and while it was a close one, a MOBA overlay eventually won out.

Now, I’m not a MOBA player, so I was pretty much designing in the dark on this shit, however Twitch reliably informs me that League of Legends is pretty much the most popular MOBA around (at least, according to them) and this being a Twitch-centric site, it made sense for me to give you guys a League of Legends overlay. Therefore, here it is.

Every screenshot I used to design around seemed to have a slightly different in-game UI, but hopefully this fits in with your current setup.